Unleash your creativity with the 3 Principles 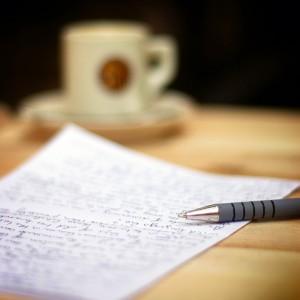 I dream about one day writing freely, without my “editor” getting in the way. Have you ever noticed your editor? You may be writing freely, but then you start editing your own words before they’ve even come out. Maybe it happens as you doubt yourself, o when you imagine what others may think as they read your writing. As a result, you’re no longer in the flow.

The editor is often at play in our lives, not just when we write. This blockage happens in all types of business situations: when making a presentation to the board of directors, meeting with a new client, or designing a new subdivision.

So, who is this editor then? And who is the creator?

Have you ever written something and thought: wow, that’s good, did I do that? When that happens to me, I know I am not the creator. There is a bigger source of intelligence behind what I write (or what I say), that if allowed, can channel its wisdom through me. It is the same intelligence that informs an acorn on how to become a tree, or the one that’s behind running my liver without any input. This form of wisdom, to me, is the Creator. In the 3 Principles understanding it’s referred to as “Mind”.

Two weeks ago I experienced this wisdom in a subtle but powerful way. I had to choose possible dates for my family to come and visit me this summer. Being self-employed I had choice, but knew that clients would be requesting specific dates, and ideally they would not clash. Logically, the first week of June made most sense. But I noticed a resistance in me to commit to it – and I wondered, is this wisdom, or is this my own doubt driven by my editor? Logic won, and I proceeded to suggest these dates to my family, just to find out two days later that a client needs work on those exact days. Arrrgh! Why did I not trust that inkling?

In this case, there were two sources of thought, or voices. As the creator, the first one was inmediate and secure, but also gentle, without urgency. It suggested to not offer my family the dates on that specific week. The second one came later. It was processed, tentative, with a hint of worry and a sense of urgency. It was the editor.

Sometimes it is clear when my thoughts are generated from the creator or the editor. Other times it isn’t. How can I differentiate between the two?

It is the feeling that the thinking comes with. Does the thought come with a feeling of ease, calm, fresh energy? These are characteristics of the creator.

The editor comes with different feelings; in my case they are urgent, sometimes anxious or fearful. Urgency is a clear pointer. Recently I was considering whether to join a course that cost several thousand pounds but that would greatly benefit me. I felt the need to make a decision; I had to have an answer, now. As soon as I realised the urgency behind this, I knew the editor was getting in the way. So I waited. After a couple of weeks I found an alternative course that suited me better, offered the same input, and at a lower cost – yeah!

Sometimes I don’t know if my thoughts come from the creator or the editor, and I ask myself: “is this coming from love or fear”? Love is about expansion and it is related to the creator. Fear is about contraction – it is the editor.

Recently I had to write an email to a client, and it wasn’t good news. I pondered about what to write, how to do it, what tone would be appropriate… but I couldn’t get myself to start, because I didn’t know what to say. Then, as soon as I stopped thinking about it, it came as a flash: the exact wording, as if someone had whispered it in my ear. It sounded perfect! It came with a feeling of clarity, hope and freedom. So I took pen and paper and as soon as I started to write doubt creeped in as a thought: are you sure you can say that? Immediately I had that sinking feeling in my stomach, followed by a panicky thought: I’m losing the words! Which I promptly did.

I’ve learnt that I can let go of my insecure thoughts and the corresponding fearful emotions. I also now know that I can trust that intuitive feeling to point me in the right direction. If I can let go of the need to control, and trust, that the intelligence of life applies to me and works through me, then I can be a channel for creation. That is creativity.

What is your experience of your creator and your editor?